Here is the moment that Robin Berg of “We Drive Solar” announced to Robert Llewellyn and the huge crowd attending the V2G panel session at Fully Charged Live 2109 that the first ISO 15118 compliant AC V2G charging station had already arrived in Great Britain:

A little later Robin and I exchanged a ceremonial handshake in the muddy field that passes for a car park at the Silverstone Circuit in Northamptonshire: 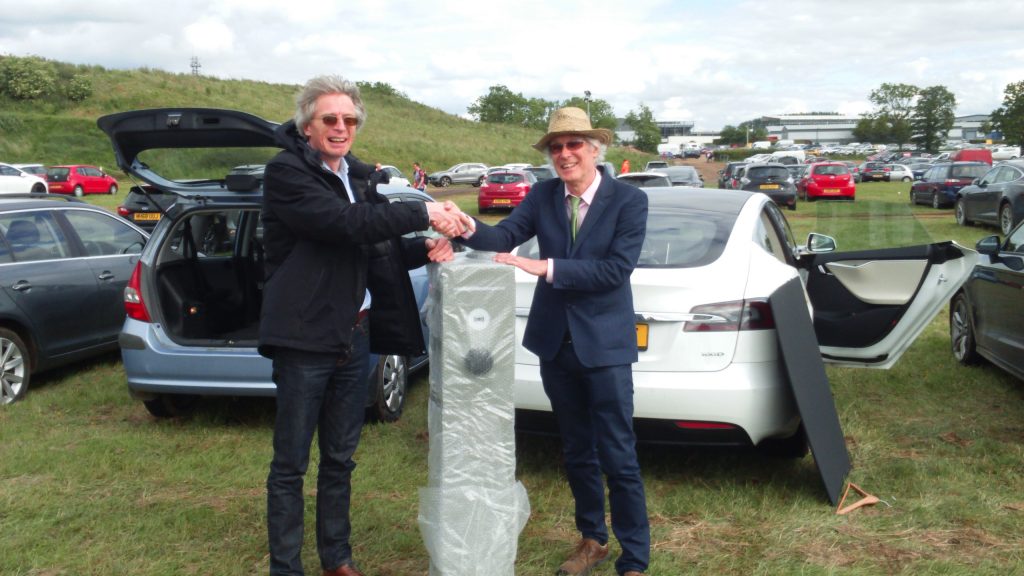 Having transferred the charging station from the back of Robin’s Tesla Model S into the rear of our humble Honda Jazz, it has now made its way safely to the courtyard here at V2G Towers in (currently!) sunny SilicInny Valley near Camelford in North Cornwall: 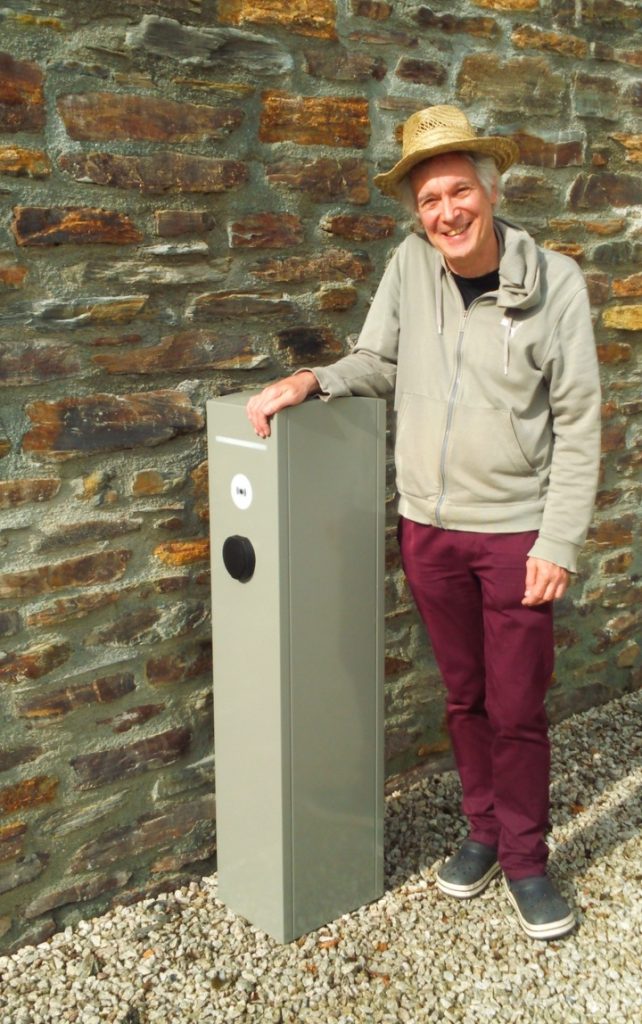 The next step is to provide it with some power!