I was up in London yesterday to attend the Regen “Electric vehicles and electricity system forum” on “Vehicle to Grid”. Not wanting to miss all of the excitement Kasia and Jim managed to make it to the “Networking and refreshments” afterwards as well. The 10th floor offices of our hosts for the afternoon, Burges Salmon, offered a spectacular view over the City of London: 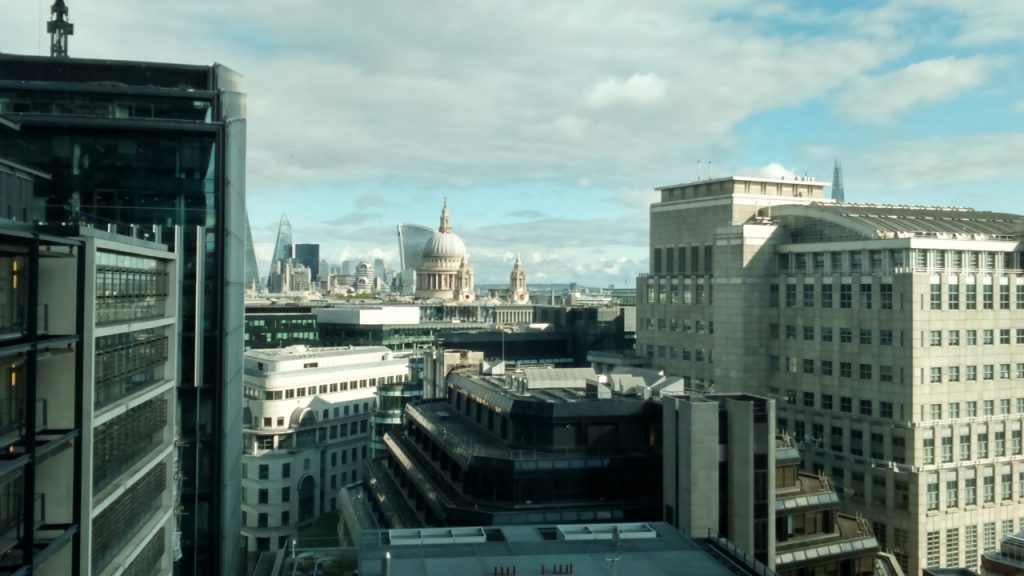 The event was introduced by Olly Frankland, Regen’s EV project manager, who opened his remarks by berating me for taking this candid snap of the panellists, plus one or two others! 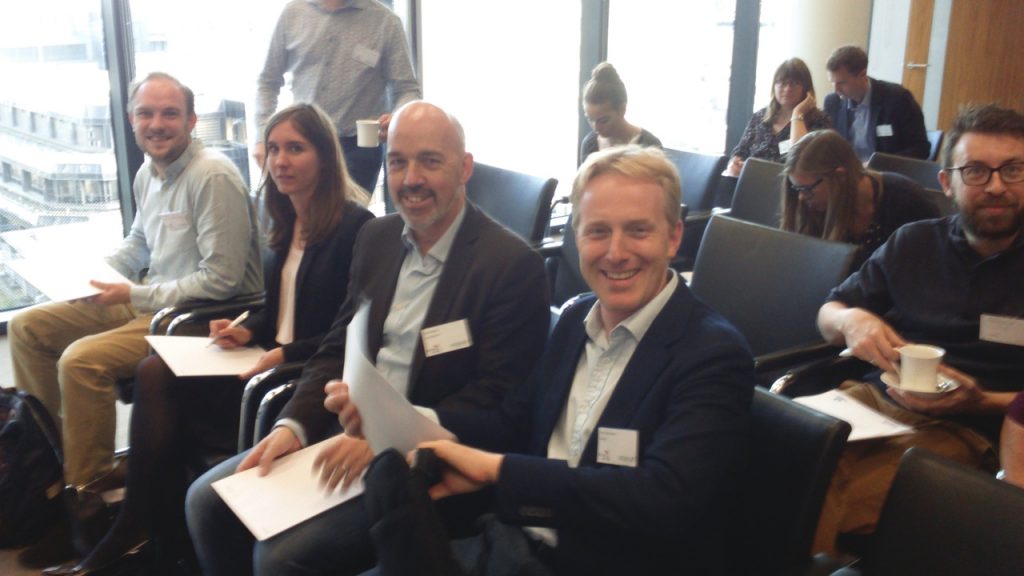 Next up at the lectern was Ross Fairley from Burges Salmon, followed by Chris Cox from Cenex, one of whose slides offered this “History of V2G”: 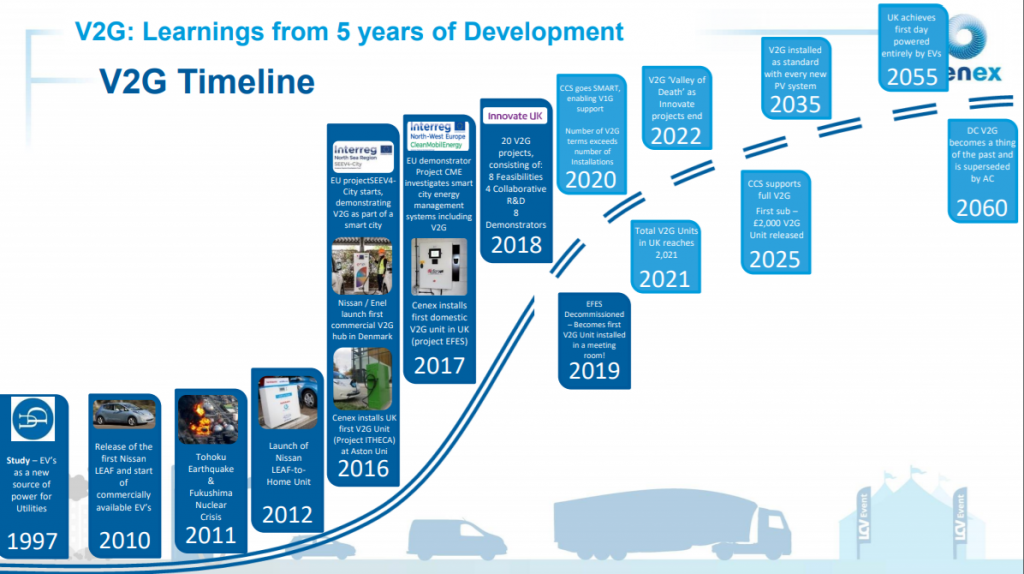 Note that one of Chris’s significant events is the launch of the “Nissan LEAF-to-home Unit” in 2012. I covered that news over on my V2G UK blog, and opined:

Nissan and Nichicon will continue to work together to create new value in EVs as part of the way forward toward the realization of a zero-emission society.

although they don’t forecast when such a society will be realized!

One question I had was subsequently addressed in the panel session. Olly asked the assembled experts “How many vehicle-to-grid capable EV charging stations are there in the UK at the moment, and how many will there be in 5 years time?”

The consensus amongst the panel members seemed to be:

A subject very dear to my heart was also discussed at some length by the panel, and what is more I wasn’t the one who posed the question! What are the pros and cons of AC versus DC vehicle-to-grid technologies, alternatively known in US English as “Vehicle Grid Integration” (VGI for short)?

A slide that wasn’t in Olly or Chris’s deck is an infographic Kasia produced for my visit to Newcastle University last year for the International Energy Agency’s Hybrid and Electric Vehicles Technology Collaboration Programme V2x Experts’ Workshop, which I attended in my capacity as a member of assorted international “smart grid” standards setting committees. In the electric vehicle context notably ISO 15118 and IEC 63110:

That block diagram is obviously over simplified but hopefully makes it plain that an AC V2x charging station doesn’t include the bank of expensive “bi-directional inverters” required by a DC charger. Which does of course make AC charging stations much less expensive than the DC variety.

Hopefully that is if some help? The Regen V2G panel certainly seem to have been persuaded by that argument. Previously James Morgan who is a senior policy advisor in the Energy Team at the Office for Low Emission Vehicles had said he was attending the event with the aim of listening more than talking. He will have received the message that AC V2G is the future, and that in Europe at the very least, DC V2G via CHAdeMO is history.

In such circumstances I felt it was my loyal duty to HM Government to point out that (to the best of my knowledge) the UK’s first dual port bi-directional AC V2G capable charging post is installed in the V2G EVSE car park way down here in North Cornwall: 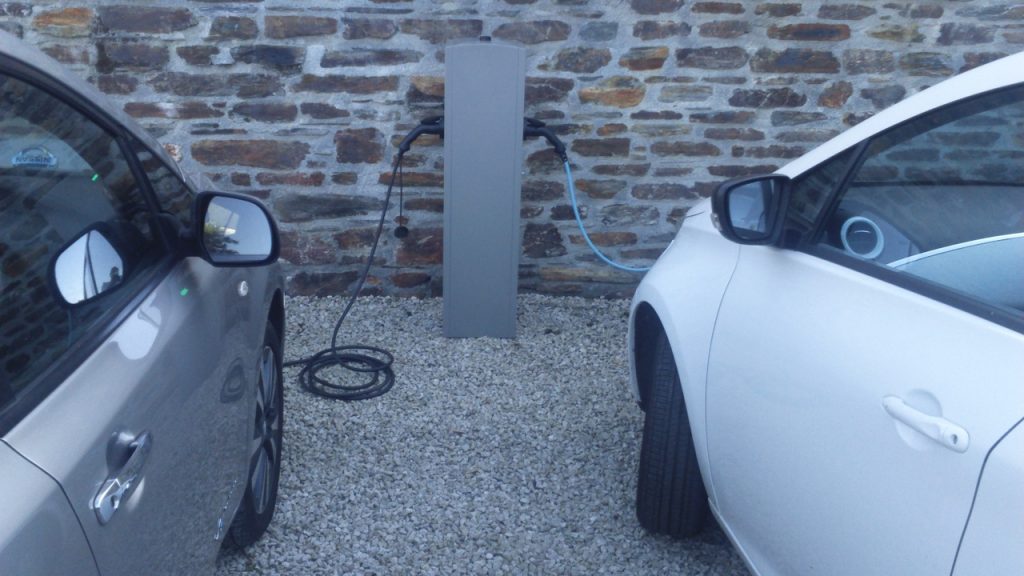 For further information on our clever Cornish charging post please watch this video recording of a recent “We Drive Solar” AC V2G webinar until the bitter end: